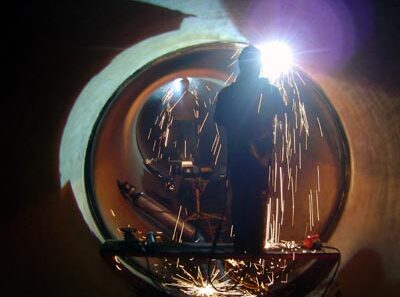 The construction crews conducted most of the work underground, inside the pipe. They accessed the pipe by excavating, establishing and entering the pipeline through 17 access sites, or portals. Large wooden sound walls were temporarily placed at portals to comply with environmental regulations and ease noise impacts to residents.

At the time this project was completed, the Water Authority had rehabilitated approximately 39 miles of the existing 82.5 miles of pre-stressed concrete cylinder pipe in the regional water delivery system.

This project was completed in 2014.